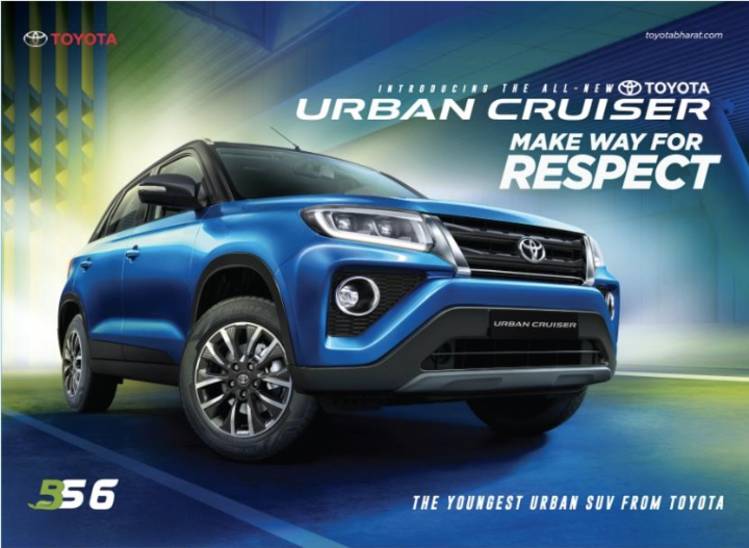 Toyota has officially started accepting bookings for its second rebadged product – the Urban Cruiser. Based on the Maruti Suzuki Vitra Brezza, the Urban Cruiser gets a few changes that make it look different from the Maruti Suzuki Vitara Brezza. The all-new vehicle will launch on 22nd October and before the official launch, the brochure of the vehicle has been leaked. Also, all the variant details, colour options and other specifications are out too. Here are the details. 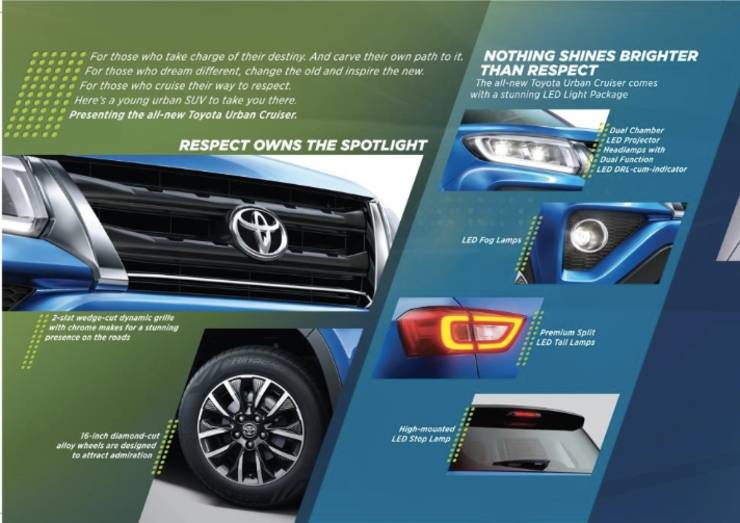 The cabin also remains quite similar to the Vitara Brezza. Toyota has changed the colour theme to a dual colour option. The car will be positioned at a premium compared to the Vitara Brezza, which is why the cabin looks premium. Toyota has also made alterations to the feature list. The new vehicle gets automatic climate control system, rain-sensing wipers, cruise control system and touchscreen infotainment system, which has been renamed to Smart Cast. Toyota will offer a long list of standard features even with the base variant of the vehicle. The most affordable variant will come with features like automatic climate control system, keyless entry and push-button start/stop. 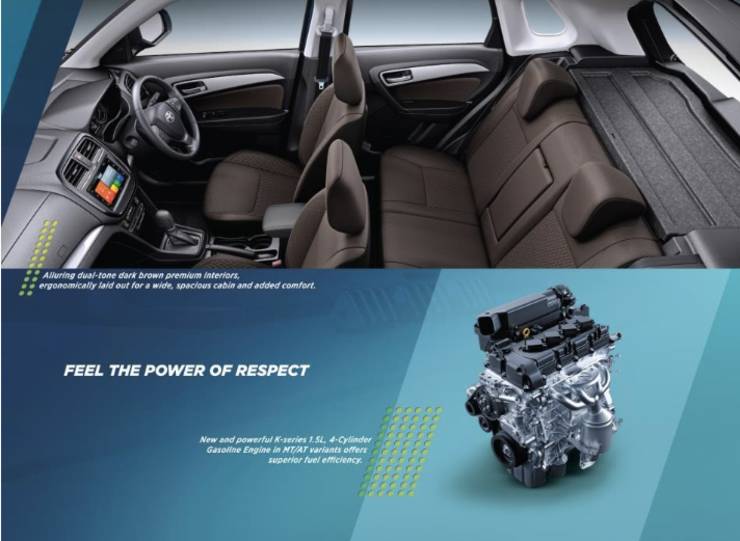 Just like the Maruti Suzuki Vitara Brezza, the rebadged car will offer the same 1.5-litre, naturally-aspirated, petrol engine. It generates a maximum power of 105 PS and 138 Nm of peak torque. Just like the Vitara Brezza, the car will come with a 5-speed manual or 4-speed automatic transmission options. The automatic variants will get the integrated stater to generate, which is known as SHVS in Maruti Suzuki vehicles. 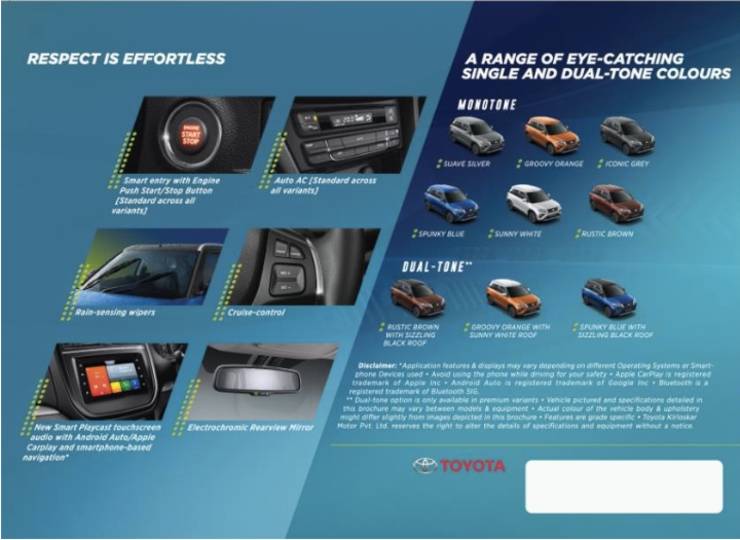