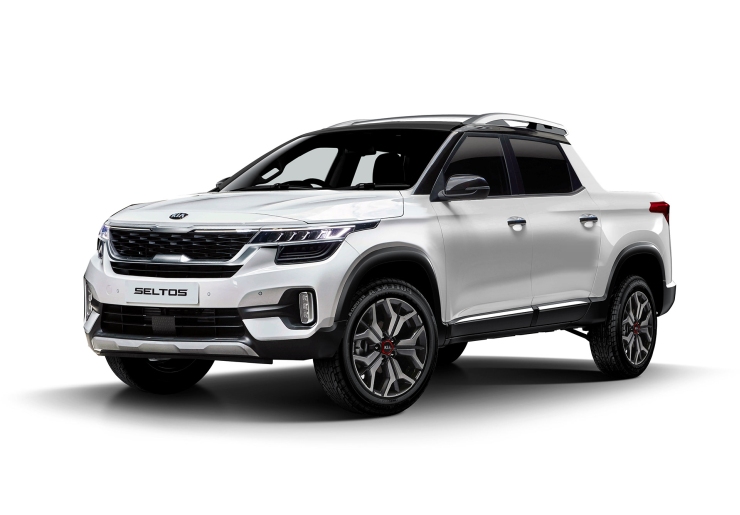 Kia Motors launched the Seltos SUV in the market last year and it quickly became popular. This product helped Kia as a brand become popular and gain customer confidence. Kia Seltos has done extra ordinary in terms of numbers and the brand was able to sell over 97,000 units in just 11 months and had become one of the first brands in the country to touch one lakh sales milestone in such a short time. Kia Seltos competes with cars like Hyundai Creta, MG Hector, Tata Harrier, Nissan Kicks in the segment. Here we have an image that shows how Kia Seltos would look like if they were to launch a pickup version of it.

The images have been created and shared by Kleber Silva who has shared several renders of upcoming cars in the past. Kia Seltos pickup truck looks good in terms of design. The front of the SUV gets all the features like Tiger nose grille, all LED headlamp, ice cube design fog lamps and so on. The front looks just like a regular Seltos and no major changes can be seen in this area.

Coming to the side profile, it gets sporty looking alloy wheels with red accents. Those are the wheels which are normally seen in the GT Line version. Side profile is whereas the changes start to appear. It looks like the artist had increased the length of the car slightly in order to fit in the loading area at the rear. He has not compromised with the seats and the car still can accommodate 5 passengers at max. 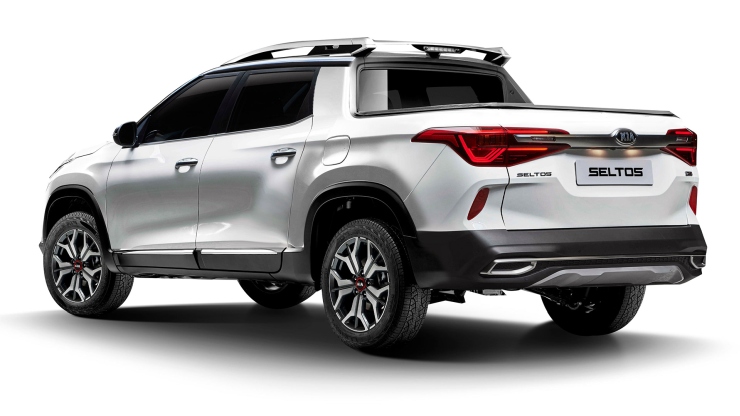 The area after the second row of seats have been chopped off and the remaining area is the loading bay. It has a high mounted stop light on the roof too. The Seltos pickup continues to get the same all LED tail lamps and muscular looking bumper with aluminium garnish at the lower part of the bumper. The pickup version of the Seltos looks pretty good and is something that Kia can think of launching in international markets as they already have an AWD version on sale there.

Kia Motors recently unveiled their third product Sonet which is based on the concept showcased earlier this year at the expo. This sub-4 meter compact SUV will compete with Maruti Brezza, Hyundai Venue, Tata Nexon, Mahindra XUV300 and Ford EcoSport  in the segment. Sonet will be launched in market in September 2020.