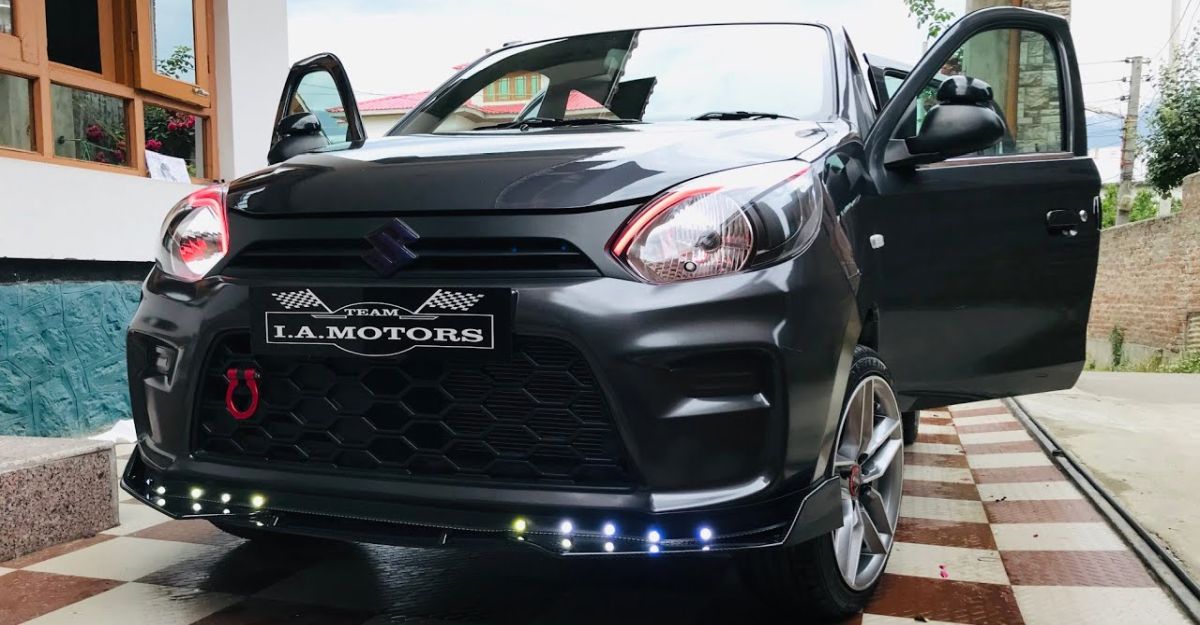 Maruti Suzuki Alto 800 is currently the entry level car sold by the manufacturer. It is probably one of the most affordable one in the country too. It has been in the country for quite some time and Maruti has sold this in huge numbers. It has always been associated as a small car for small families but, here we have a video that shows how a sober looking small hatchback can be beautifully modified and made more appealing to young customers.

The video has been uploaded by Inshallah Motors on their youtube channel. The video starts by showing the car, which is a brand new Maruti Alto 800 BS6 version. It looks like the owner directly brought this car to the garage for modification works. Both interior and exterior of the car was modified in this video.

At front, the Suzuki logo was blacked out and there is a skirting installed on the lower part of the bumper. A set of LED lights are also placed here. There is a small tow hook installed on the air dam which is not functional. The headlights remain the same but, it has slightly been smoked form inside and there is an LED light inside which gives it an aggressive look.

Coming to the side profile, the car gets skirting and the main change is the alloy wheels which replace the stock steel rims. Apart from that no major changes can be seen on this side. The roof of this Alto 800 gets a wrap and the rear gets a spoiler with LED lights on it. Moving to the rear main modification here is the new aftermarket LED tail lights that give it a distinct identity. There is faux diffuser installed on the lower part of the bumper too.

Just like the exterior, interior of the car was also heavily modified. The car gets black and red seat cover. The AC vents and door pads also get red accents. The music system on this Alto 800 has been upgraded and it now gets a 4 channel amplifier, sub-woofer and touchscreen infotainment screen has also been installed. It gets new floor mats and ambient lighting setup too. Overall, the finished product looks very neat and gives Alto a very mean look.