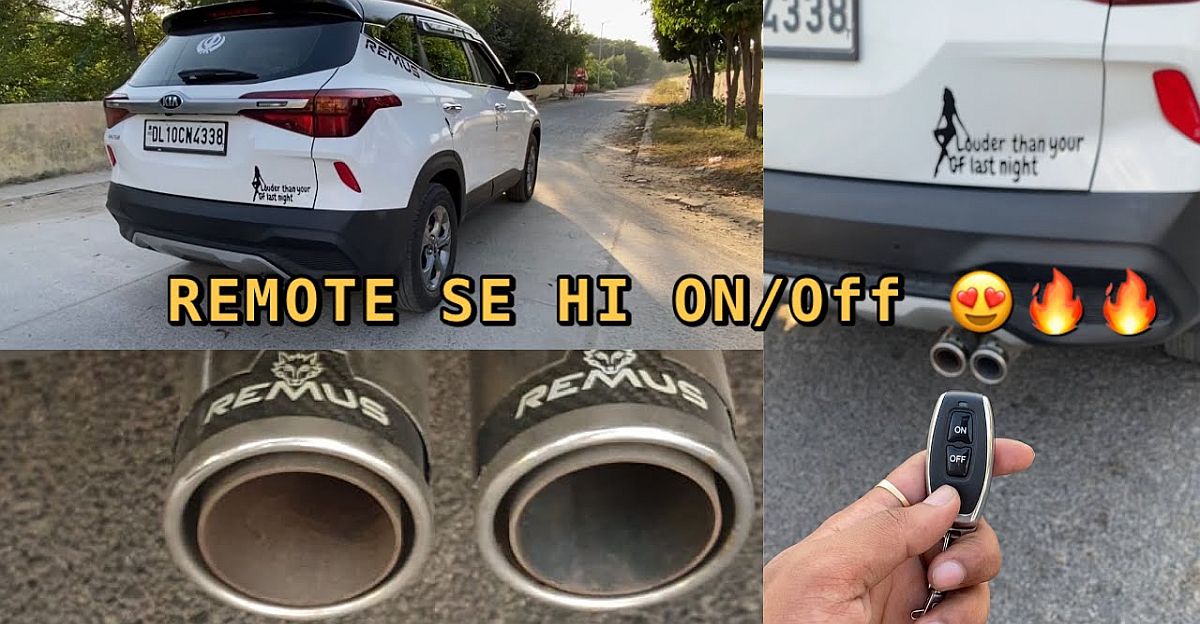 Kia Motors made their entry into the Indian market last year and quickly became popular. The reason behind this popularity was their first product Seltos SUV. The mid-size competes with cars like Hyundai Creta, Tata Harrier, MG Hector in the segment. Seltos became popular among buyers because of its looks, features and the price at which it is being offered. Seltos is now a common sight on our roads and we have seen several modified examples of Seltos as well. Here we have a video that shows a Seltos which gets a valvetronic exhaust.

The video has been uploaded by JJ Automobile Vlogs on their youtube channel. The video starts by showing the car from the outside. The owner has not gone for wild modifications for the exterior. He has done a simple gloss black wrap for the roof and has installed rain visors and door guards. This is the HTK Plus trim and the owner has made some changes to the interior as well. He has installed 7D floor mats, leather seat covers and upgraded the audio set up too.

The main attraction on this Seltos however is the exhaust setup. It gets valvetronic straight pipe exhaust from Remus. The main benefit of this exhaust set up is that the driver can control the loudness of the exhaust using a remote control. The vlogger shows the remote that controls the valves in the exhaust. when the valves are turned off, the exhaust sounds quite normal and the moment you switch it on, the SUV started sounding like a sports car.

The vlogger goes for a spin in the SUV and the exhaust is so loud that it can easily be heard even from a distance. The Seltos seen in the video is a 1.5 litre naturally aspirated petrol version with manual gearbox. It is available with a 1.4 litre turbo petrol and 1.5 litre diesel engine too. The owner has spent around Rs 30,000 to install this valvetronic exhaust and apart from that he has spent around Rs 20,000 on other minor upgrades like seat and audio. The work looks neat and is probably one of a kind at the moment.